One second of a 44.1kHz single channel .wav file can be read into an array (call it b) of length 44100. Given a matrix A we seek solutions to the system Ax=b. Through iterations of Gauss-Seidel the vector Ax will approach b with the high frequency parts of Ax getting close to b first. If we take b to be a song recording, some white noise as our initial guess and write out Ax at each iteration we observe that the high pitched notes in b become audible first while at the same time the pitch of the white noise decreases.

Plots of the initial Ax, residual, and FFT of residual: 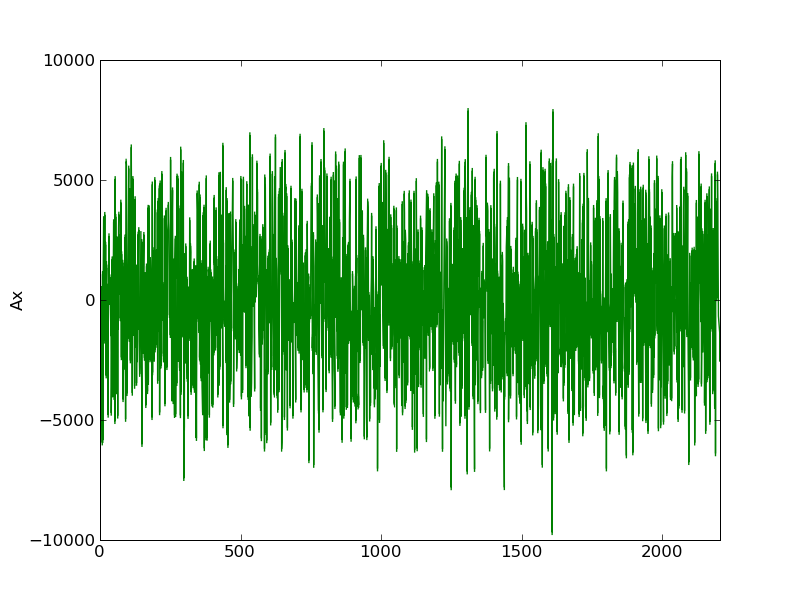 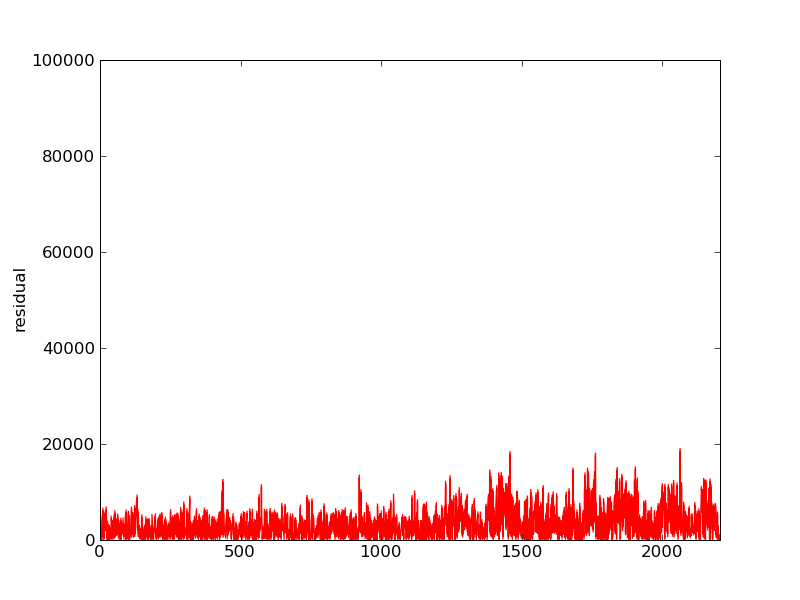 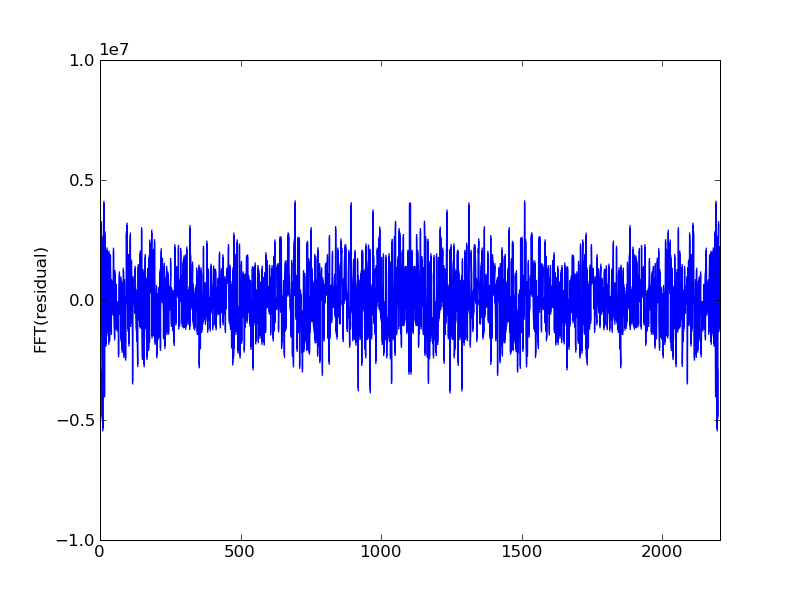 After one iteration the high notes become audible gauss_seidel_out000000.wav

And some structure is visible in the spectrum: 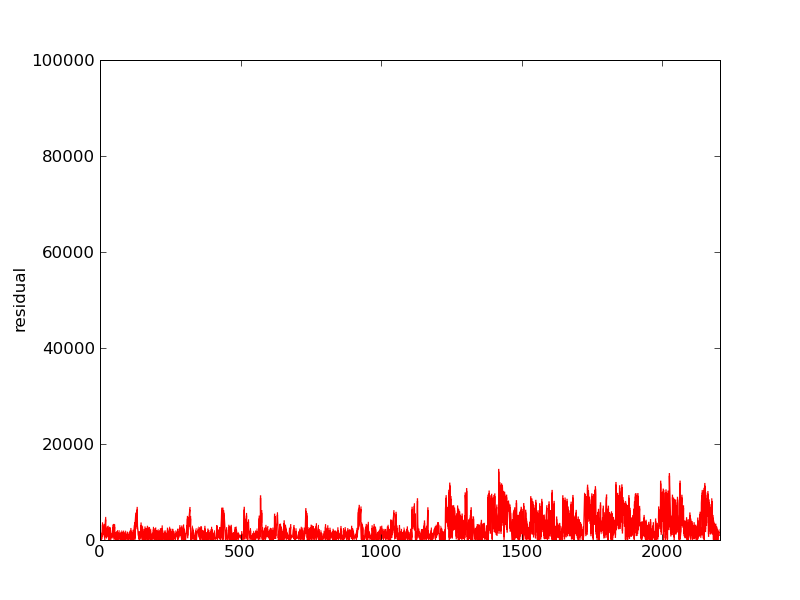 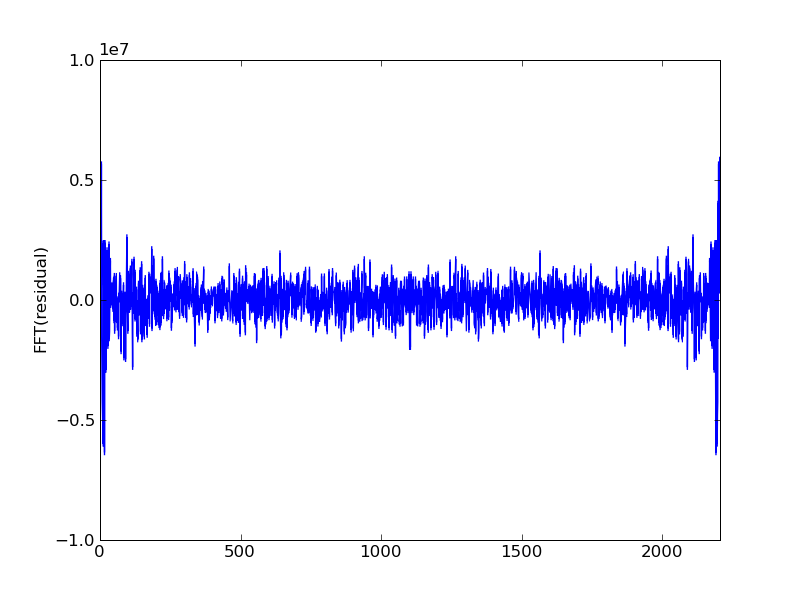 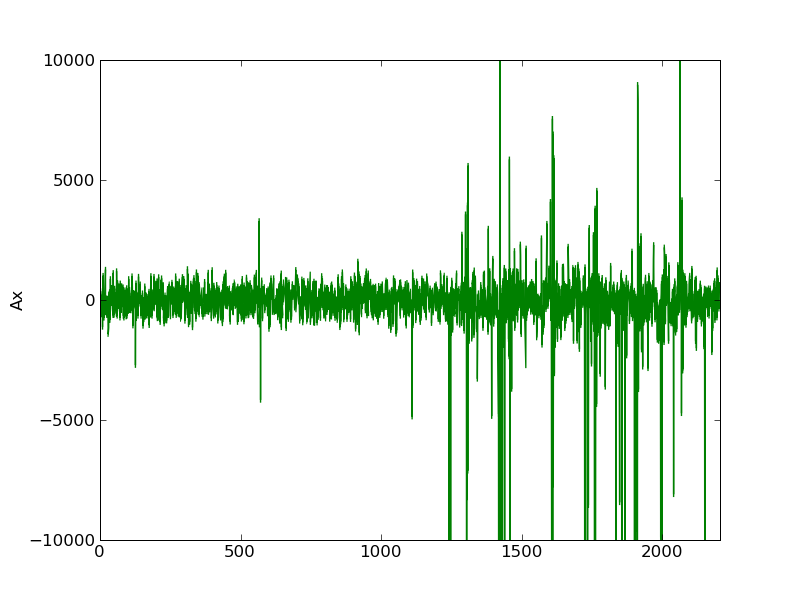 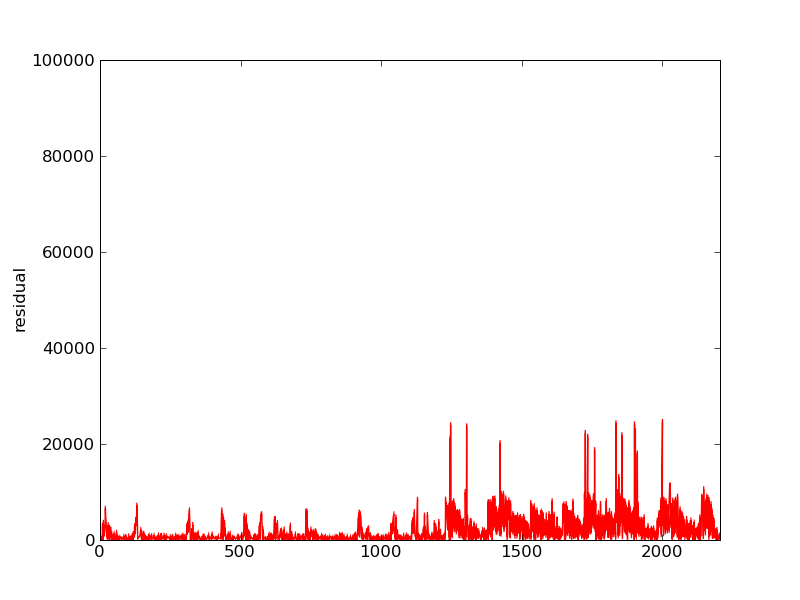 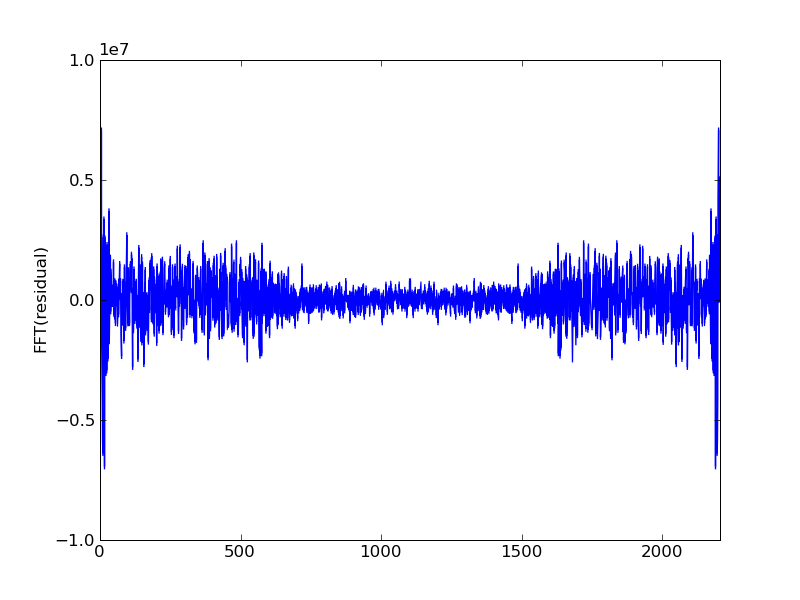 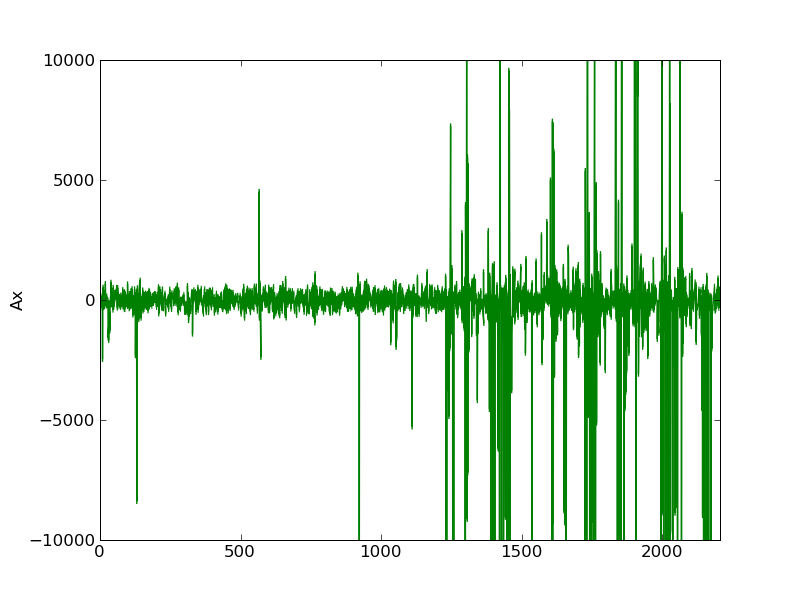 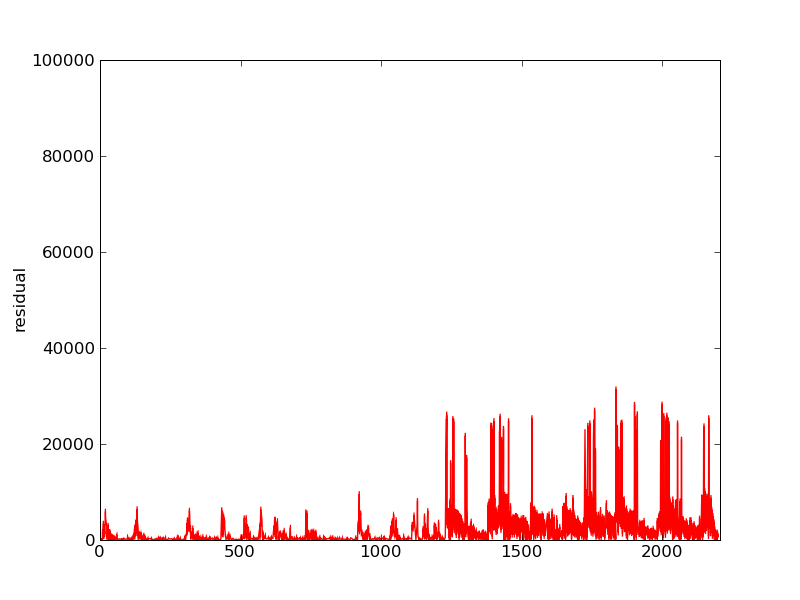 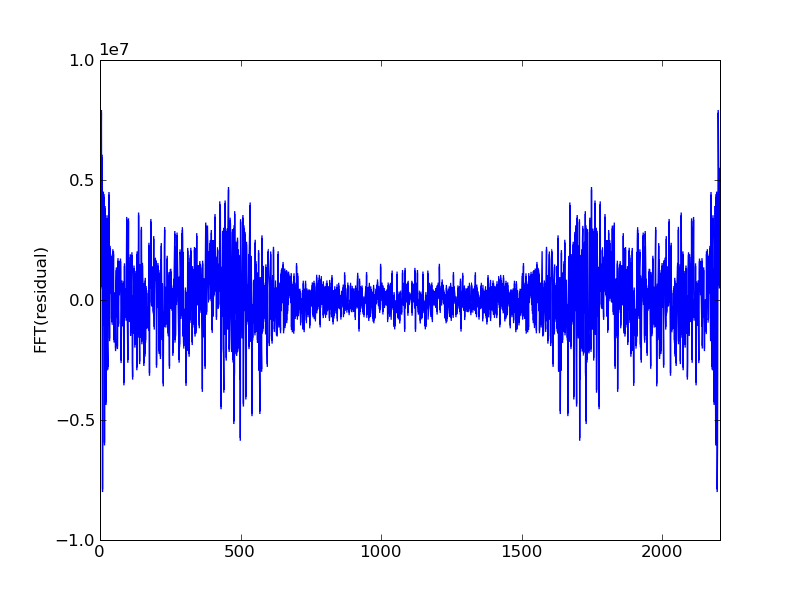 This is all done in python. Loading .wav files into arrays is not too bad in scipy. A sparse matrix class is neccessary to avoid memory problems as a 12 second .wav file needs an array of size 12*44100. Here's the TridiagonalMatrix class I used:

And here's the code to handle reading/writing the .wav files and then using Gauss-Seidel to iteratively solve a linear system: